We are back again with a review of the hottest mixtapes just in time to start your summer off right.  These products play you the best and newest music that you can jam to.  Get ready to begin you vacation right with Buymixtapes.com.

As many already know, Chinx was gunned down by a drive-by shooting in Queens, New York.  He was part of French Montana’s Coke Boy label and was sure to be a huge hit.  Big Mike, who works with the Coke Boys, released a Chinx tribute on the “June 2K15 Edition” of his popular “Soundtrack To The Streets” mixtape franchise.  You can find some of Chinx’s last recordings on this release.  There are many tracks on this release featuring artists that have paid tribute to the fallen emcee.  Artists appearing on this installment include French Montana, Meek Mill, Fabolous, Styles P, Sheek Louch, Max B, Red Cafe, 50 Cent, T.I., 2 Chainz, and much more.

Up next is a release that will showcase to you music by one of the best street groups out.  The product titled “3 Horsemen” plays you tracks by the long-time group D-Block.  This mixtape features music by Jadakiss, Sheek Louch, and Styles P.  All of the tracks on this drop are freestyles and will be sure to keep your speakers thumping.

Young Scooter aka Kenneth Edward Bailey who hails from Atlanta, GA is back with another official project titled “Juggathon”.  While he is set to release his debut album “Jugg House” in 2015, this project will hold you over until then.  This 11-track product contains features from Future, E-40, Kid Ink, VL Deck, K Black, and Ralo.  Childhood friend Future makes an appearance on the tracks titled “Hit It Raw” and “Play With Them Keys”.

That’s the end of this blog installment, but we will be back very soon to keep you up to date with the top mixtapes to be reviewed for this summer.  If you are looking to upload your own music to be featured on the site, you can check out information about the process by going here.  We thank you for taking the time to read this blog and stopping by the hottest free music site in the world. 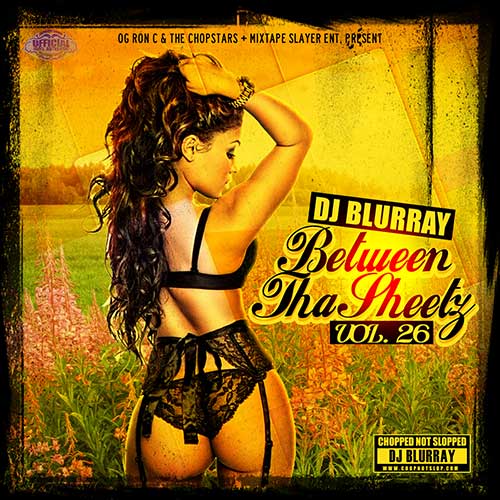 OG Ron C and The Chopstars are back again with another edition.  This time it’s DJ Blurray chop up the slow jams.  It’s time to get your girl in the mood with this mixtape.  The hottest slow jams on this release by Pretty Ricky, Chris Brown, Kikro Bangz, Jodeci, Case, Trey Songz, Ciara, Jeremih, and many more.  Log-on today and check out this hot mixtape here.